Sub: Clarification on eligibility criteria for appearing in Departmental Examination: Graduate MTS & Graduate Clerk to Auditor grade exam to be held in August -2018.

References are being received in this HQrs office seeking clarification regarding eligibility criteria for appearing in the Departmental examination for Graduate MTS and Graduate Clerk to the -post of Auditor to be held in the month of Aug-2018. Clarification are also being sought as to whether Stenos/ Driver/Staff other than Graduate MTS &Graduate Clerk are eligible to appear in the said exam.
2. The matter was examined in HQrs office and it is stated that eligibility criteria for the examination for the post of Auditor will be same as stipulated in amendment of Defence Accounts Department (Auditor) Recruitment Rule, 2009, promulgated vide S.R.O No. 23 dated 03rd May 2016 which clearly states 10% by promotion from amongst Graduate Clerk cum typist and Graduate MTS having a minimum of three years of service on passing Departmental Examination by them for the post of Auditor. 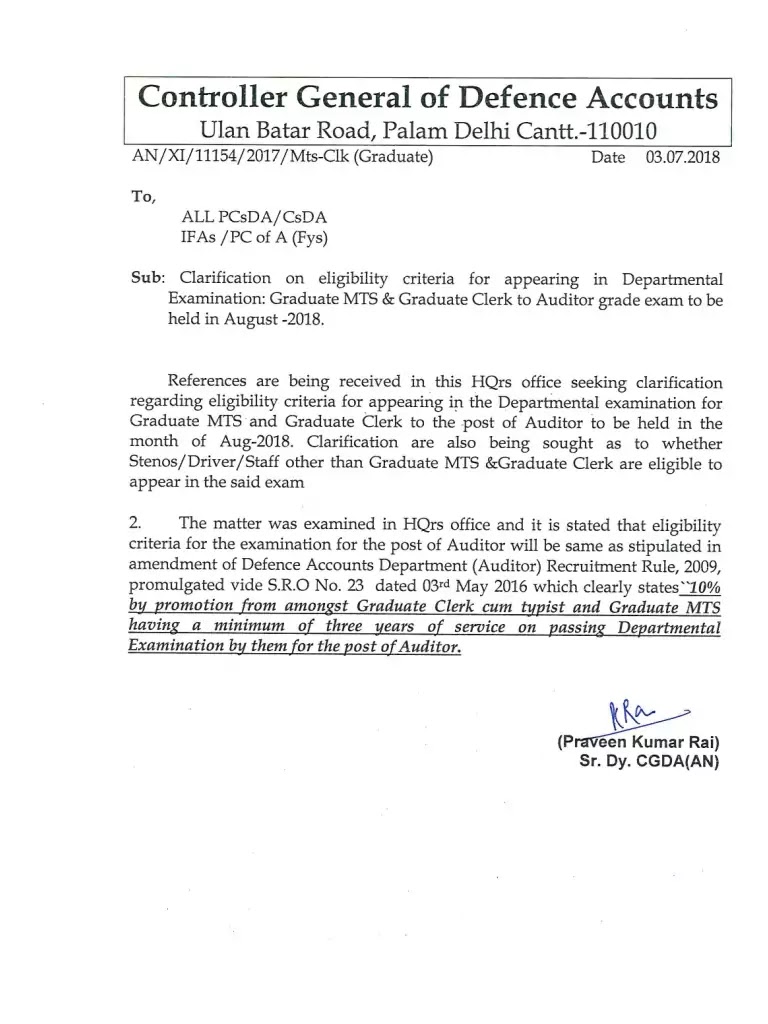